The 1988 Adelaide Festival was held from Friday, March 4 to Sunday, March 27, led by British Artistic Director the Earl of Harewood.

Lord Harewood’s program was the most ambitious multi-arts program ever staged in Australia, thanks to the financial support of the Australian Bicentenary Authority, state, local and foreign governments, the private sector and the public.

The curtain raiser for the festival was Peter Brook's all-night production of The Mahabharata at The Quarry. Lord Harewood said it was “the kind of landmark which festivals were invented to frame”. 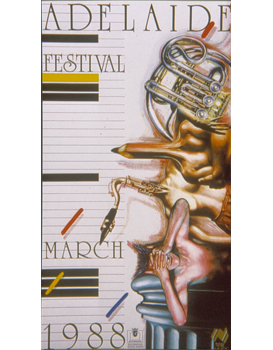